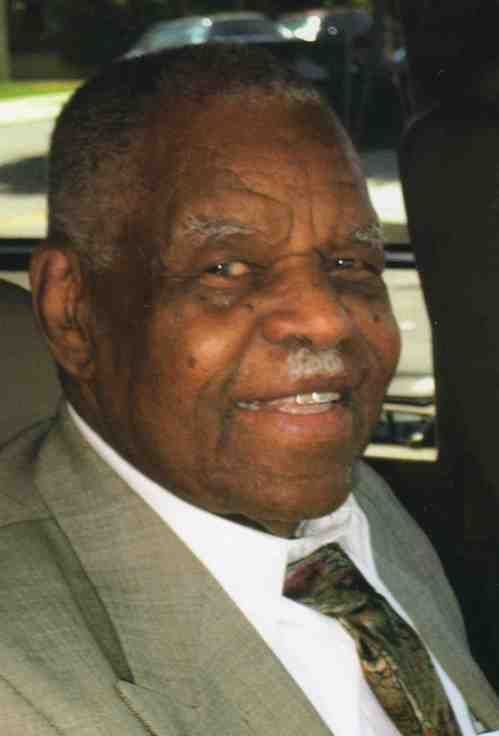 Milton Maurice Merriweather was born on August 25, 1924, in Kingsbury, Texas.  Milton was the second of three children.  While as a youth, his parents moved to San Antonio, Texas, a neighboring town, there  he attended Cuney Elementary School and Douglas Jr. High.At the age of eight, Milton began a working career, first, shining shoes.  He was so proud of the money he earned and often bragged about how he shared that money with his parents. At the age of sixteen, he enlisted in the United States Army by artfully crafting his parent’s signatures on his Service papers. Within six months after joining the Army, Milton was promoted to Buck Sergeant.  At the age of 16, he had begun to develop his leadership skills and they were notable, by his continued upward mobility. Milton was promoted to the rank of Staff Sergeant and Platoon Leader.  While on a 15-day furlough, Milton had two goals to accomplish.  First, he wanted to share the exciting news of his promotions with his parents, and the second goal was to ask for a special young lady’s hand in marriage.  Both goals were accomplished within that short furlough. Milton and Gloria Gammage were married on December 12, 1942.

Milton returned to his Company soon after the wedding.  As his military career progressed, he began to see the effects of racial discrimination.  He witnessed injustices to men of color in all areas.  Undaunted by what he saw, he pressed on.  After refusing to go to Germany with his Company, he was discharged from the Army and returned to San Antonio, Texas.  Upon his return, Milton and Gloria began their family and became proud parents of four children; Marvin, Edgar, Alice and Lisa.

Milton began attending church with his beautiful wife since she attended church faithfully each week, unaccompanied by him.  Gloria’s faithfulness to God peeked Milton’s curiosity that led to his faithfulness in attending church with his wife and family.  He accepted Christ and became committed to serve the Lord and soon thereafter, he accepted his call to the Gospel  Ministry of Jesus Christ.  Milton was licensed in 1949 by his Pastor, Rev. G. C. Coleman at the New Mount Pleasant Missionary Baptist Church in San Antonio, Texas.

In 1952, Rev. Merriweather moved his family to Los Angeles, California.  He united with Tabernacle of Faith Baptist Church and later served as an Associate Minister under the direction of Pastor F. D. Ferrell. Along with serving as an Associate Minister at Tabernacle of Faith, Milton also spent time ministering at the neighborhood car wash.  It was there the vision of being a pastor was formed when several of his “carwash” buddies were converted to Christ.  Their conversions were more encouragement that he needed to confirm his new vision of becoming a pastor.  Milton organized the New Mount Pleasant Missionary Baptist Church of Los Angeles, California in his living room with six members.

He moved his congregation to three other locations in the City of Los Angeles before obtaining a larger church at 11400 S. Hoover Ave. (Imperial at Hoover).  It was at this location when Rev. Merriweather began his civil rights leadership within the community after witnessing the brutal treatment of members of the community and members of his church by police.  He put those leadership skills back in motion.  In the early 1970’s, he met with President Jimmy Carter in Washington, D. C. and was instrumental in having the “choke hold” abolished.  Rev. M. M. Merriweather became an advocate for several political leaders and served on Advisory Boards.

On July 10, 1983, Rev. Merriweather led his congregation to the ribbon-cutting, Entrance Service of New Mount Pleasant Missionary Baptist Church. This church was his dream of ownership.  In July 2005, Rev. M. M. Merriweather, his congregation, along with community and political leaders, witnessed the Mortgage Burning of this church property.  This is where Pastor Merriweather continued to preach, teach and serve the community.
Rev. M. M. Merriweather passed on September 5, 2011. He will remain a living icon in the community where he lived and served.  Rev. Merriweather’s civil rights moves are credited for many young African Americans and other ethnic groups’ successes.  His work was not in vain.